Note: I am assuming familiarity with Docker for this tutorial, but even if you’ve never used it I think it should still be possible to follow along. It always helps to know your tools though so if you’re unfamiliar take some time to do a Docker Hello World or the like. It will be worth your investment in time as we will be using this technology throughout the tutorial. Everything we will do is based on Docker for Mac which you can download here: https://www.docker.com/docker-mac Linux users should be able to follow along without much adjustment too.

Well I think we’re fully setup with a great foundation at this point. We have a general spec for the system we would like to create, we have a nicely organized code repository hosted in GitHub and setup with a Grade A PR template that will ensure we’re thinking about what we’re doing, and we have a workflow that works for us and is reusable in any situation (nobody hates receiving PRs). It is time to actually begin writing some code!

Nearly every software vendor provides a Docker image for their piece of software which is super awesome when spiking things out or researching a new technology. The reality of it is though that a lot of companies have a security requirement that all software is vetted by the security team and then consumed from internal repositories. These repositories are served up by tools such as Artifactory 1 and feature built-in security scanning via Black Duck 2, permission models that allow only certain users to publish, and promotion mechanisms for getting only verifiable software into the environment. Pulling Docker images straight off of the Hub does not fit into that model at all.

For that reason, we are going to develop a set of our own images with a common base. This gives us commonality between images which has many benefits including flexibility to add only the software that we want to. Now our examples will use public servers for all of this activity, but you can substitute those URLs for the URLs of your own internal artifact repository.

While we don’t want to trust every Docker image that has been published, we do have to start our chain of trust somewhere. In our case we will start with the CentOS 7 base image from the Docker Hub. There are lots of other great options out there, such as Alpine and Ubuntu, but I think CentOS is perfectly fine for this application and is what I use on a daily basis due to certain requirements.

This image contains purely the JDK. Since we decided to base this image on CentOS (for security, support, compatibility, and reliability to name a few reasons) that is where our chain of trust begins. I personally have been trusting CentOS DVDs for an extremely long time so I feel confident they are a good place to start. On top of the Centos 7 base we will install the OpenJDK and setup a few environment vars. Let’s show the whole file and then talk about what each of the sections are.

The above Dockerfile will be our base image that everything else will inherit from. While we are initially only creating a single Jenkins master, you may find that others in your organization would like their own Jenkins instance and this pattern ensures you’re ready for it without sacrificing readability. Now let’s talk about what is in this Dockerfile.

This information is critical when tracking down a source in the supply chain as well as for new contributors who want to change how the container works.

These environment variables values that we want to have permanently baked into the image. They will be available in any container that is instantiated from this image or any other that inherits it. These types of variables make it easy to bring consistency across the environment.

These steps actually modify our image by installing software, modifying the filesystem, adding files from the build context, etc. They can use the ENV vars set above or arguments passed in as well as all other kinds of manipulations. You can see all the possible commands here: https://docs.docker.com/engine/reference/builder/

Adding the jenkins-support file to the repo

We depend on a file called jenkins-support to make things work correctly. It is basically a shim to get Jenkins working within a Docker container properly. It cant be downloaded from my repo like so:

Each line in a Dockerfile creates a layer and then all of these layers are mushed together (or was it squished?) to make our root fs. This mushing process is only ever additive so what that means is if you create a big file in one RUN step but then remove it in another RUN step, you’re not actually going to see any difference in image size. The key is finding the right balance between number of layers and size of layers. If we can keep layers under 50mb but still split up our logical process into easily understood and intuitive blocks (ie: doing a full yum transaction in one RUN block) then we’re sittin’ pretty. 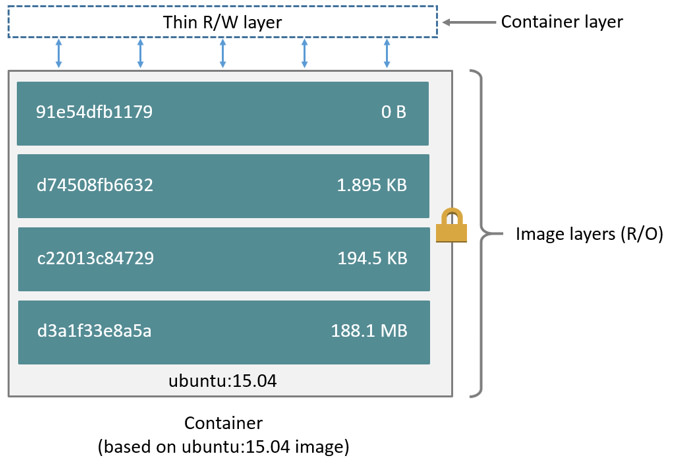 There is so much more I would like to tell you about best practices that I’ve found around image creation that I will have to save it for another post. Just know for now, we can never delete data that was created in a previous layer. That will directly translate into cleaning up after yourself in an atomic action. A real example is this:

Now that we have a super awesome Dockerfile, we need to build it. Normally I would have you do docker image build -t blah/boring . etc., but today I’m going to set your future self up for a win. We’re going to write a script right off the bat to build this thing. I promise you that you will be rebuilding this image at least 2 more times so let’s just go ahead and script it from the get go.

This will not be the last time we see this lil’ guy as we will add it to all of the image repos. Some may say “That’s not DRY Matt!”, to which I say “Suck a lemon!”. This code will never change and know that you can cd images/blah && ./build.sh really makes it easy and convenient to work with these images. Now we run the script and out pops a baby Docker :) 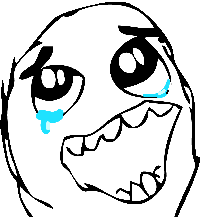 yey! You’ve built your first Docker image (for this project)!

We can now go ahead and give this image a quick spin. It won’t be too exciting, but we can probably run the standard test to see that Java is installed:

OK, so now that we have a nice working image, this seems like a perfect place to call shippable increment. Let’s commit to our branch, push it to origin, clean up any erroneous commits by squashing. , and create a PR. We will then self review it, confirm everything looks up to snuff, and merge. Then a nice little git pull should get us all up to date locally and we can begin work on the next increment.

Now we’ll begin to build on top of our base images. If you need to see the repo’s state at the end of this section, please rever to the unit2-part2 tag here: https://github.com/technolo-g/modern-jenkins/tree/unit2-part2