NOTE: If you intend on using techniques such as these and allowing such wide open functionality in Jenkins, I recommend that you run your entire Jenkins build system without outbound internet access by default. Allow access from the build system network segment only to approved endpoints while dropping the rest of the traffic. This will allow you to use potentially dangerous, but extremely powerful scripts while maintaining a high level of security in the system.

Making HTTP calls in a Jenkinsfile can prove tricky as everything has to remain serializable else Jenkins cannot keep track of the state when needing to restart a pipeline. If you’ve ever received Jenkins’ java.io.NotSerializableException error in your console out, you know what I mean. There are not too many clear-cut examples of remote API calls from a Jenkinsfile so I’ve created an example Jenkinsfile that will talk to the Docker Hub API using GET and POST to perform authenticated API calls.

The Docker image build process leaves a good amount to be desired when it comes to versioning. Most workflows depend on the :latest tag which is very ambiguous and can lead to problems being swallowed within your build system. In order to maintain a higher level of determinism and auditability, you may consider creating your own versioning scheme for Docker images.

For instance, a version of 2017.2.1929 #<year>-<week>-<build #> can express much more information than a simple latest. Having this information available for audits or tracking down when a failure was introduced can be invaluable, but there is no built-in way to do Docker versioning in Jenkins. One must rely on an external system (such as Docker Hub or their internal registry) to keep track of versions and use this system of record when promoting builds. 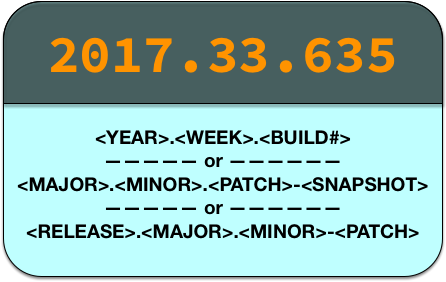 This versioning scheme we are using is not based on Semver1, but it does encode within it the information we need to keep versions in lock and also will always increase in value. Even if the build number is reset, the date + week will keep the versions from ever being lower that the day previously. Version your artifacts however works for your release, but please make sure of these two things:

Interacting with the Docker Hub API in a Jenkinsfile

For this example we are going to connect to the Docker Hub REST API in order to retrieve some tags and promote a build to RC. This type of workflow would be implemented in a release job in which a previously built Docker image is being promoted to a release candidate. The steps we take in the Jenkinsfile are:

This is a fairly complex looking Jenkinsfile as it stands, but these functions can be pulled out into a shared library2 to simplify the Jenkinsfile. We’ll talk about that in another post.

Due to the nature of this type of script, there is definitely a lot of trust assumed when allowing something like this to run. If you follow the process we are doing in Modern Jenkins nothing is getting into the build system without peer review and nobody but administrators have access to run scripts like this. With the environment locked down, it can be safe to use something of this nature. 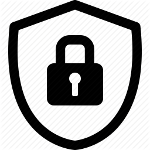 Jenkins has two ways in which Jenkinsfiles (and Groovy in general) can be run: sandboxed or un-sandboxed. After reading Do not disable the Groovy Sandbox by rtyler (@agentdero on Twitter), I will never disable sandbox again. What we are going to do instead is whitelist all of the required signatures automatically with Groovy. The script we are going to use is adapted from my friend Brandon Fryslie and will basically pre-authorize all of the required methods that the pipeline will use to make the API calls.

After running this script, you can browse to Manage Jenkins -> In-process Script Approval and see that there is a list of pre-whitelisted signatures that will allow our Jenkinsfile to make the necessary calls to interact with the Docker Hub API. You’ll notice there is one method in there that they mark in red as you can see the potential security issues with it. java.net.URL openConnection can be an extremely dangerous method to allow in an unrestricted environment so be careful and make sure you have things locked down in other ways.