The minimum requirements are minimal indeed to create a Docker Swarm cluster. In fact, it is definitely feasible (though perhaps not best practice) to run the Swarm daemon on an existing Docker Host making it possible to implement it without adding any more hardware or virtual resources. In addition, when running the file or nodes1 based discovery mechanism there is no other infrastructure (besides of course Docker) that is required to run a basic Docker Swarm cluster.

I personally believe that spinning up another machine to run the Swarm master itself is a good idea. The machine does not have to be heavy in resources, but it does need to have a lot of file descriptors to handle all of the tcp connections coming and going. In the examples, I use dockerswarm01 as a dedicated Swarm master.

There are a variety of configuration settings in Swarm that are sane by default, but give a lot of flexibility when it comes to running the daemon and its supporting infrastructure. Listed below are the different categories of config options and the options of how they can be configured.

Discovery is the mechanism Swarm uses in order to maintain the status of the cluster. It can operate with a variety of backends, but it’s all pretty much the same concept:

Node discovery requires that everything be passed in on the command line. This is the most basic type of discovery mechanism as it requires no maintenance of config files or anything like that. An example startup command for the Swarm daemon using node discovery would look like:

File discovery utilizes a configuration file placed on the filesystem (ie: /etc/swarm/cluster_config) with the format of <IP>:<Port> to list the Docker hosts in the cluster. Even though the list is static, healthchecking is used to determine the list of healthy and unhealthy nodes and filter requests going to the unhealthy nodes. An example of a file based discovery startup line and configuration file would be:

Consul discovery is also supported out of the box by Docker Swarm. It works by utilizing Consul’s key value store to keep it’s list of <IP>:<Port>’s used to form the cluster. In this configuration mode, each Docker host runs a Swarm daemon in join mode that is pointed at the Consul cluster’s HTTP interface. This provides a little overhead to the configuration, runtime, and security of a Docker host, but not a significant amount. The Swarm client would be fired up as such: 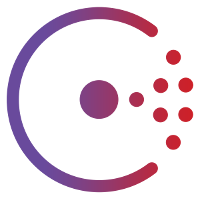 The Swarm master then reads it’s host list from Consul. It would be run with a startup line of:

These key/value based configuration modes raise the question of how healthchecks within Swarm work in combination with the Swarm client in join mode. Since the list in key/value store is itself dynamic, is it required to run the internal Swarm healthchecks too? I’m not familiar with that area of functionality and so can’t speak to it but it’s worth noting.

EtcD discovery works in much the same way as Consul discovery. Each Docker host in the cluster runs a Swarm daemon in join mode pointed at an EtcD endpoint. This provides a heartbeat to EtcD to maintain a list of active servers in the cluster. A Docker host running the standard Docker daemon would concurrently run a Swarm client with a configuration similar to: 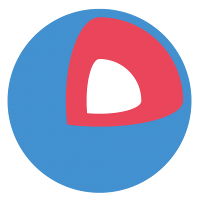 The Docker Swarm master would connect to EtcD, look at the path provided, and generate it’s list of nodes by starting with the following command:

Zookeeper discovery follows the same pattern as the other key/value store based configuration modes. A ZK ensemble is created to hold the host list information and a client runs alongside Docker in order to heartbeat in to the k/v store; maintaining the list in near real-time. The Swarm master is also connected to the ensemble and uses the information under /swarm to maintain its list of hosts (which it then healthchecks).

I have not used this functionality and at this point have very little reason to.

Scheduling is the mechanism for choosing where a container should be created and started. It is made up of a combination of a packing algorithm and filters (or tags). Each Docker daemon is started with a set of tags like this:

Then when a Docker container is started Swarm will choose a group of machines based on the filters, and then distributes each run command according to its scheduler. Filters tell Swarm where a container can and cannot run, while the scheduler places it amongst the available hosts. There are a few filtering mechanisms:

Since Swarm does not handle image management, it is also possible to set affinity for an image. This means a container will only be started on a node that already contains the image. This negates the need to wait for an image to be pulled in the background before starting a container. An example:

Once Swarm has narrowed the host list down to a set that matches the above filters, it then schedules the container on one of the nodes. Currently the following schedulers are built in:

In progress are the balanced strategy2 and the ability to add Apache Mesos3.

I am happy to say that Swarm works with TLS enabled. This makes it more secure between both the client and Swarm daemon as well as between the Swarm daemon and the Docker daemons. This is good because my security guy says that there are no more borders in networks. Yey. 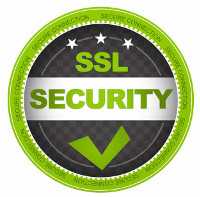 It does require a full PKI including CA, but I have this solved in another post already :) This is how to generate the required TLS certs for Docker and Swarm.

Once the certificates have been generated and installed as per my other blog post, the Docker and Swarm daemons can be fired up like this:

Then the client must know to connect via TLS. This is done with the following environment variables:

You are now setup for TLS. WCGW? 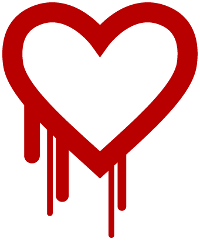 Well there is a lot to talk about when it comes to configuration of complex clustered software, but I feel this is a good enough overview to get you up and running and thinking about how to configure your Swarm cluster. In the next episode I’ll lay out some example architectures for your Swarm cluster. Stay tuned and please feel free to comment below!